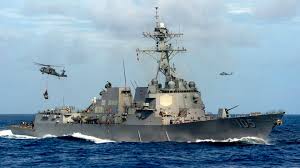 Late weeks have brought new fear and uncertainty to minds of all people in the Middle East, but also elsewhere. The tensions between Iran and the USA, two big rivals, have been intensified during the last months and years. The starting point was the presidential election in the USA when Donald Trump has been elected. The rhetoric of both global actors has been more and more strict and aggressive towards each other.

Very shortly after being elected, Donald Trump decided to withdraw from the nuclear deal with Iran signed in 2015 even though all delegators and observers confirmed that Iran has been fulfilling all obligations. The instability in the region has been escalated also due to the spy attack on UAE’s petroleum ship which was meant to be done by Iranian secret units. As the USA representatives have perceived the situation with Iran too dangerous, it has started taking all diplomatic officials in Iraq and Syria back to the USA.

Having said that, the USA deployed an aircraft, bombers B52 but also other military equipment to the Persian Gulf which has been seen by money countries almost as a preliminary act of war. It is a question of how far this situation can go.

There is a high risk of repeating the case of 2003 and of deploying more than 100 000 soldiers to the Persian Gulf which could escalate to a new international conflict and as Donald Trump said, he is ready to do so.

The other potential risk and danger have been seen in Iraq and Syria. Iran has been participating in the defeating ISIS in the region and has played a very important role in deploying soldiers and military techniques to those countries, but in case of another conflict, the Iraqi government, as well as Syrian, would probably lose a very strong ally as Iran would have to focus on its own security.

From the economic perspective, the USA has imposed another level of sanctions which have caused devastating economic impacts on the Iranian situation. Iran knows that it can cause economic collapse of the whole country and has done its best to start selling its oil in  “grey market” to overcome US sanctions. Two of the biggest buyers of Iranian oil – Turkey, and India have continued cooperation with Iran on the oil market, however, a few days ago, even though Turkey has been criticizing the decision of the USA, it has started to behave in compliance with the US sanctions and wave to stop participate on the Iranian oil market. Other buyers, for example, Japan, have decided to follow the US decision.

It is hard to predict what kind of impact it can have if there is a war between such strong and well-equipped states, both supported by another global and powerful actors. Both states are very strong and powerful actors on a global level. Each of these nationalities is proud of what they are and neither of them wants to step back. Both of them also want to win, but is there any chance how to maintain that without starting a new war in so unstable region? It is obvious that non-state military actors such as private militias or terrorist groups are awaiting new rising conflict which would help them to achieve their goals. Furthermore, in the region of the Middle East, there has always been a clash between Iran and Saudi Arabia, which can now use the situation and take the position of the regional power and use this critical Iranian situation not only for its state status but also in terms of Shia and Sunni Muslim never-ending clash. The last news from the US came this week and it says that the USA is ready to send “protective” soldiers and more warship to the Persian Gulf. Some observators are afraid that the USA is just waiting for an excuse for attacking Iran. The next few days and weeks will show us which direction these countries are willing to go to.