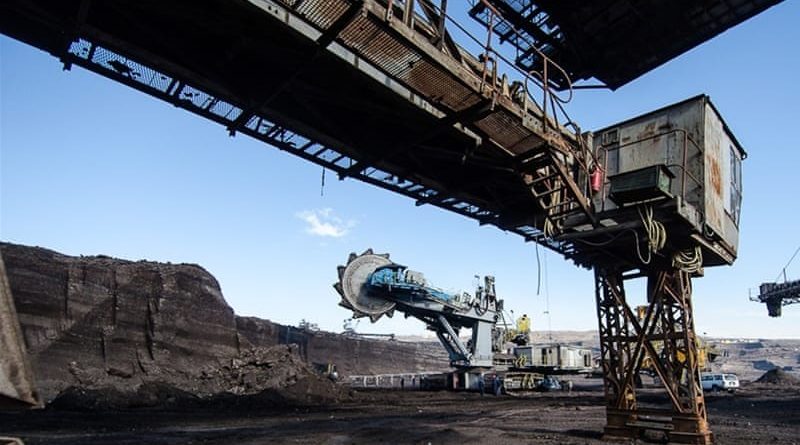 The energy security of the Balkans is an area with the need for significant improvements. First of all, the region lacks energy infrastructure and the present one, being constructed throughout the 60s and 70s, is quickly ageing. Secondly, Balkans should also avert its over-dependence on fossil fuels, especially, when it comes to electricity production which is based on fossil fuels. Even though Balkan states are rich in coal, the reserves are rapidly disappearing and the use of coal for electricity production causes damages to the environment. However, the region has a huge potential to increase its energy security. In particular, the potential stems from the strategic geographical position of the Balkans. They are well placed in the neighborhood of the EU from the one side and Turkey and the Black sea from the other side connecting it to Russia, Caucasus and the Middle East. In that matter, it is important for the Balkans to develop mechanisms of regional cooperation with all of these actors to increase its own energy security.

Energy security of Kosovo could be characterized very similarly to the energy security of Western Balkans. Energy mix of Kosovo comprises almost solely on its own energy sources that are based in lignite. To be exact, the share of energy generation by sources is 97% lignite, 3% waterpower and small percentage of renewables. There is no share of energy produced by nuclear reactors. With the Stabilization and Association Agreement in force since 2016, Kosovo has become a contracting party to Energy Community of the EU. This presupposes Kosovo to align its energy policy with the energy acquis of the EU, among others; it includes opening its energy market and enhancing the use of renewables in energy production with the aim of environmental protection.

The Energy strategy of the Republic of Kosovo 2017-2026 summarizes many challenges ahead of Kosovo to become energy efficient and secure. The energy production of Kosovo is based almost solely on two lignite-based power plants – Kosovo A and Kosovo B. The problem is their high level of air pollution. Also, power plant Kosovo A, constructed in 60s/70s, is in the need of replacement. Its generation capacity was approximated by the Energy Regulatory Office of Kosovo at about 50-60% since two of five units are out of operation. That is why Kosovo e RE power plant is in preparation to be constructed. Power plant Kosovo B which is aging as well needs to be rehabilitated at least in 2023/2024 to prolong its years of operation to 2039. In general, the dependency on lignite-based power generation ought to be reconsidered and new ways of energy production should be established also in accordance with the EU Energy Community. Another set of challenges presents the current ageing infrastructure, causing technical and non-technical losses. Particularly, gas infrastructure could be characterized as highly underdeveloped and in fact non-existent. In order to decrease the share of lignite-based power generation and thus lower damages on the environment, Kosovo needs to include other sources for energy generation. Accordingly, the construction of gas infrastructure and connectors into regional and international natural gas networks are necessary steps. However, it depends on the cooperation and development of good relations with regional and global actors regarding the energy security and in fact willingness and interest of global actors to cooperate with the Balkans.

The region of Western Balkans is placed where interests of various global actors meet each other, in particular the European Union (EU), Russia and Turkey. Turkey’s geographical position predestines the country to be the energy hub of the region and to play an important role for Western Balkans in terms of energy security. However, even Turkey has some challenges ahead when concerning energy politics. Among its main interests is to diversify sources and supply countries. This is especially true for energy production based on gas. In fact, Turkey is highly dependent on imports of gas (98%), coming mainly from Russia via Blue Stream in the Black Sea and the Western Pipeline crossing Bulgaria. There are two other routes, one transporting gas from Iran via Eastern Anatolian natural gas main transmission line and the Baku-Tbilisi-Erzurum line (BTE) transporting gas from Azerbaijan. There is also couple of projects for construction of additional pipelines for Turkey to sustain its growing energy consumption. Firstly, it refers to Turkey – Greece Interconnector (TGI) as a part of the South European Gas Ring. Secondly, it is Trans – Anatolian Natural Gas pipeline (TANAP) in the Turkish territory and Trans-Adriatic Pipeline (TAP) crossing Greece, Albania and Italy with the aim to connect Azerbaijan with Europe. Thirdly, there is planned project of TurkStream transporting gas from Russia via exclusive economic zones of Turkey in the Black Sea towards Bulgaria and Greece. What is more, according to the Strategic Plan of Turkey, it wants to develop infrastructure and agree on new contracts with resource rich countries like Iraq, Qatar, Algeria, and Turkmenistan, Eastern Mediterranean or African states (Algeria, Nigeria for LNG).

All these initiatives demonstrate the effort to diversify and safeguard sufficient flow of gas into the region. It demonstrates the willingness of Turkey to cooperate on both the EU and Russian projects as well as other states, too. Unfortunately, the problem might be that energy markets of Western Balkans and especially that of Kosovo are very small. It is mainly a problem when making decisions upon investments for constructions of energy infrastructure. These kinds of constructions are very expensive that is why sufficient guarantees are needed for investors that it would be paid off in the future. It means that there is the need of long-term contracts between the supplier and the consumer based on sufficient supply and demand for the agreement to be beneficial for both sides. However, the consumption in Western Balkans as well as in Kosovo is almost solely dependent on energy generated by fossil fuels that is less expensive. That is why they may not be perfect candidates to attract foreign investors for construction of energy infrastructure. On the other hand, the region is still important for actors placed in its immediate neighborhood for political or economic reasons. There is the EU preoccupied with energy supply diversification in order to halt dependency on Russia. The concern refers also to deteriorated relations with Ukraine because of crisis in 2009 and 2014 and the subsequent unreliability of gas imports for European consumers. There is then Russian Federation and the interest to sustain its incomes by export of energy resources, in particular gas, and thus in the search of new energy markets. Above all Russia does not want the EU or other actors to gain significant advantage in the influence of Western Balkans via energy politics.

Last but not least, there is Turkey and its politics of “zero problems” with neighbors. Throughout the years Turkey has developed intensive cultural and economic ties with Western Balkans as well as with Kosovo. They might benefit from these ties when it comes to energy security, particularly, because Turkey might be more willing to invest in Western Balkans despite the size or their energy markets. Moreover, there is the inability of Turkey to store large amount of energy sources. Since the consumption of Turkey is seasonal there are times of high peaks and low peaks in consumption but not enough storing capacities. That is why Turkey also needs to find markets to re-export its energy sources. In this way, Western Balkans and Kosovo might constitute the most possible beneficiaries.

European Commission (2011): Questions and Answers on the third legislative package for an internal EU gas and electricity market. Available at: http://europa.eu/rapid/press-release_MEMO-11-125_en.htm?locale=en

World darts.info (2015): Energy Consumption in the Kosovo. Available at: https://www.worlddata.info/europe/kosovo/energy-consumption.php