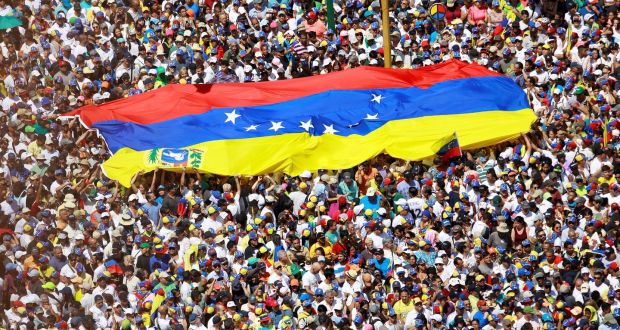 The past 23rd of September the public was greeted with a Press Release from the Ministry of Foreign Affairs of the Oriental Republic of Uruguay, regarding the formal ratification of the “Condemnation of the regime in Venezuela”[1]. The Release follows the introduction by the Republic of Perú of the “Detailed findings of the independent international fact-finding mission on the Bolivarian Republic of Venezuela” a controversial and damning report on which the Venezuelan State is implied in a series of Human Rights violations. The Peruvian State took the initiative as a sort of representative of a collective of the Latin American states and Canada, called Grupo de Lima, or Lima’s Group, after the joint Declaration of Lima which effectively contests that legitimacy of the Venezuelan government headed by President Nicolás Maduro Moros. An evolving de facto organization, its members have recently shifted with the adding of the Republic of Argentina, and the withdrawal of the Plurinational State of Bolivia. The Uruguayan Press Release states that “2. The members of the GIC reaffirm that the only sustainable solution to the Venezuela Crisis will be an inclusive, pacifist and democratic policy, through legislative and presidential free, credible, transparent and just elections…”[2] (original in Spanish) While the wording might vary in intensity due to the translation, it’s nothing short of serious as it adds a second international group, the so-called GIC  or Grupo Internacional de Contacto, as a legitimate and recognized pressure group; the GIC is another international group that includes not only the American States but also including European ones[3]. With this, there are at least two international groups, namely the Grupo de Lima and the GIC that push for what can be labeled as a legitimate political change internally in Venezuela, even before the UN lead report was the push for a vote.

The report and the building international pressure just last in an uncomfortable situation that many States have put themselves in, due to the worrying situation in Venezuela. The international and political pressure has affected the legal framework of the region, as countries have withdrawn their recognition of the administration lead by President Maduro following the 2019 crisis, which led to a sort of legal limbo. The 2019 crisis led to over fifty States and institutions including Costa Rica, Colombia, Brazil, Spain, United States, and the European Union as an Institution, to officially recognize Mr. Juan Guido Márquez as legitimate Head of State[4]; nonetheless, this recognition was not universal as namely Russia, Cuba, and Nicaragua[5] have rejected Guaidó’s figure and embraced the nominally elected incumbent Maduro. The formal recognition brings important questions regarding the diplomatic representations as, for example, Costa Rica had recognized the Guaidó’s delegation and had expelled the Maduros assigned diplomatic missions. This leads to the practical issue that President Maduro still holds an important amount of administrative and political support internally, something that was shown with the rejection of the unrequested humanitarian aid convoy rejection in 2019.[6]

The international condemnation did not stop there, on the 6th of October the Bolivarian Republic of Venezuela suffered an expected diplomatic defeat in the United Nations, with the voting of the Human Rights Council. The resolution was approved by an overwhelming majority of 22 votes in favor, with notably only 3 against (including Venezuela).[7]  This can only be labeled as critical for the Maduro´s government, the resolution itself urges the government to cooperate with further investigations and to clarify some issues. Overall, the report seemed to confirm what plenty of people suspected and decried all along from unlawful detentions and torture to extrajudicial executions, while adding pressure to an already questioned administration, who seems to be isolated in the region.[8] It is important to note that the UN lead mission was not allowed to enter Venezuelan territory.

With this the action of the Uruguayan government and the report of the UN, it only comes to show the relative isolation Venezuela endures in its region. The human rights situation is currently extremely worrying and by the latest accounts, critical. Fresh are the memories and accounts of the Venezuelan exodus across Latin America and the US, with now settled communities, is hard to say what this deteriorating situation means for the social and political stability of the region. Will the situation escalate in an international intervention? Unlikely at least from the Latin American States. Will the human rights situation inside Venezuela worsen? Possibly sadly, without a responsible and calculated response for a definite and legitimate transition in power.